It was the summer of 1998, I believe. By request of my friends, I entered the theater to see a movie that would have a massive impact on me. 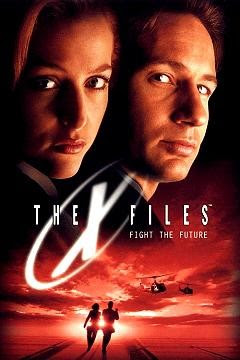 Of course I knew what X-Files was. Everyone in the '90s "knew" what X-Files was, but I'd only seen a handful of episodes. I understood the premise, but didn't know anything about Skinner or the Lone Gunmen (I have since been enlightened). I didn't want to watch the movie because I was for sure I'd be lost--but I went anyway. And I had a spectacular time.

"Trust No One", conspiracies at the highest level of government, eyes everywhere watching you, even your closest ally could be against you--exciting! I loved the moody paranoia.

It was this atmosphere that would eventually seep its way into The Coming Evil mythology in the form of the Committee.

The Committee didn't appear in the earliest drafts of the story. They actually originated in a short-lived sequel concept I had that would have taken place after the entire trilogy. Originally, the Strange Man would have shoe-horned his way into Greensboro. For the sequel I had this idea that one of my surviving cast would move to another town and, lo, the Strange Man is there too.

Yeah, it wasn't very original. It was a fairly dreadful script. But the twist for that script was, what if the Church simply stepped aside and allowed the Strange Man to enter? I thought that was a powerful statement on how the Church concedes on so many battles and compromises so many convictions, that we--by our inaction--allow Evil to march in and take over. I trashed that script, but liked the idea of the Church essentially inviting the Strange Man. It struck me, "Why save this for later? Let's just use it in the trilogy!" 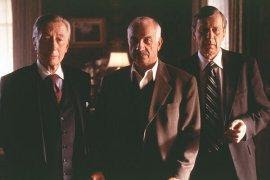 I don't think I was purposefully channeling the X-Files when I wrote them. But, that amazing day in 1998 when I had my mind blown by the movie (and what an incredible score and soundtrack!), crept into my writing. It wasn't until my wife looked at me and said, "You do know you just wrote the X-Files." that it became clear what I was doing. Oh. Well, okay. After that, I just embraced it.

One draft saw even more betrayal--I had briefly considered Jeff's own father, Jack, being a member of the Committee, but quickly ditched that. There is so much corruption in Greensboro, including within Jeff's own heart, that I wanted to keep someone as the beacon of light in town. I needed that person to be Jack.

When reading Book One, some people commented on things they saw as logic flaws. "How come the deputies nearly beat Dras to death over a suspicion? Isn't that overreacting a bit?" "How come the Rave Scene is still open, even though the sheriff declared a curfew?"

Well, the answer is simply: The Committee. It's my hope that people will re-read Book One in light of the Committee's involvement, paying special attention to the scenes with Leonard Fergus. The scene where he witnesses the gremlins passing down his street (and the particular words he says) were always designed to retroactively hold new meaning now that Readers know the truth of Fergus' alliances at that point.

I've come to understand that the entirety of The Coming Evil Trilogy is about youth. Book One was about being a young kid just beginning to mature (as evidenced by Dras). Enemies of the Cross is about adolescence. The loss of innocence. The beginning of rebellion against the status quo. When we're small children, we think that adults know everything and can always be trusted--when we become adults ourselves, starting with our teenage years most times, we begin to think no one has any idea what they're doing. We're all just struggling to carve out our path.

That's ultimately what the Committee represents: the mistakes of the previous generation and a charge to Youth to decide how they are going to do things differently...and seeing if they can stay to that path.

In our fourth installment we'll explore the origins of the mysterious black goo!
Posted by Greg Mitchell at 6:00 AM