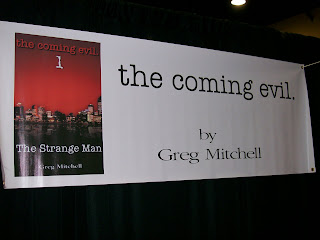 This past weekend I had the opportunity to attend the Full Moon Horror Convention in Little Rock, Arkansas. Me, my best friend/part-time enforcer Johnny, and an armload of copies of the book made the Statehouse Convention Center our home for three days. 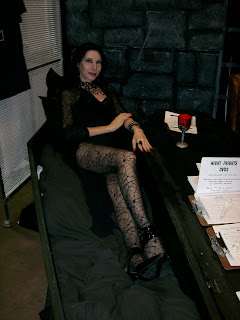 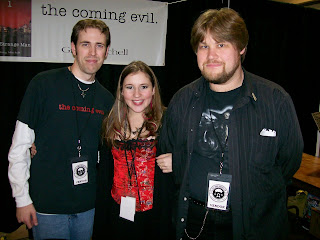 Our next door neighbor at the convention was up-and-coming starlet, Sarah Swofford. This was the hardest working girl at the convention, tirelessly posing for pictures with fans and signing autographs. During the lulls in traffic I was able to get to know her a little bit and she's really a great girl. Visit her at her site and check out her new movie Sugar Creek.

In perhaps the strangest twist at the convention, I witnessed the metamorphosis of my friend Tim (proprietor of Tim's Weird World: Northeast Arkansas's premier [and only] emporium of the eccentric) into Timothy M. Eubanks: The International Lover. 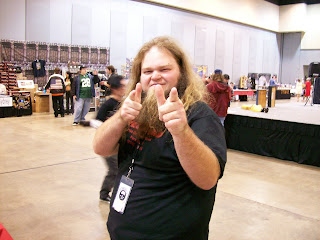 At the convention, I also met former Disney animator Richard Harrison Green. He was gracious enough to draw his rendition of the Strange Man, the villain of "The Coming Evil". He did an amazing job! 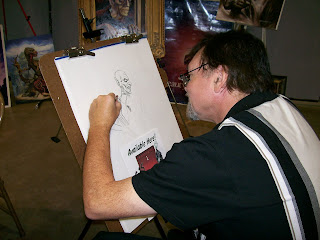 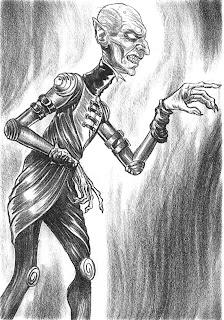 Overall, the convention was a huge personal success. I was able to meet a lot of people, make some contacts for the future, and even sold some books! And, while I'm glad to be back home, I'm looking forward to my next convention outing. Who knows? It could be in a town near you! 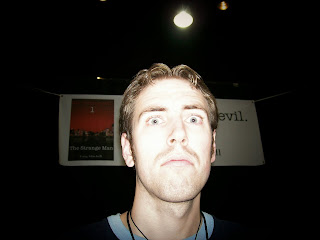 Posted by Greg Mitchell at 7:55 PM No comments:

The trailer for "The Coming Evil, Book One: The Strange Man" is now up on YouTube, GodTube, and VideoPile and the response has been overwhelmingly positive. Within the first couple days of going live with the trailer, I received an e-mail from fellow Lost Genre Guild Member Chris who wanted to post the trailer on her Tuesday Trailer blog and do a short interview with Yours Truly.

I'm happy to say that the interview is up over at "Write and Whine" as well as an encore presentation of the trailer. Check it out if you get a free second and thanks to Chris, once again, for helping get the word out.

If you'd like to feature the trailer with a short interview about the project attached for your blog or website, visit the official site and look me up on the Contact tab.
Posted by Greg Mitchell at 10:47 PM No comments: