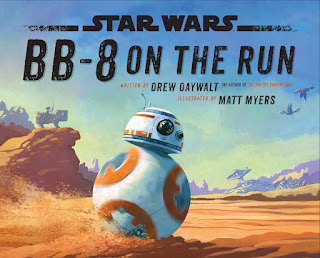 Anyone who talks to me for any length of time will discover quite quickly that, not only do I love monsters, but I am a huge Star Wars fan. Like any kid growing up in the '80s, there was never a time where Star Wars wasn't a part of my life. Even before I'd ever seen the movies, I knew all about Luke Skywalker and Han Solo, Vader, and the droids. I appreciated Star Wars from afar until, around high school, I learned that everything related to Star Wars--comics, cartoons, movies, games, books--were all connected into a large, decade-spanning tapestry of mythology. It was called the Expanded Universe, and when I learned of its existence, I truly fell in love with Star Wars, as I believed that the whole was greater than its parts. To know that all these stories mattered--that they all existed in some way and reflected each other, that authors who had never met built upon the creative labors of those who came before to create this living, breathing epic canon.

I still get chills, just thinking about it.

Once I learned that, I devoted my efforts to "get in". To tell my own little story within this megamyth, to carve my own niche that other authors could play with and elaborate on and explore. Thanks to God (and the fine folks at Lucasfilm), I got that chance with an online writing contest called "What's the Story", where fans were given the incredible, once-in-a-lifetime opportunity to create a backstory for some minor element glimpsed in the background of one of the (then) six Star Wars movies. After years of effort, I won two rounds. I was a co-contributor for Senator Silya Shessaun, and I was the sole developer of the backstory for a ship seen in a deleted scene for The Phantom Menace that I dubbed the Dusty Duck. 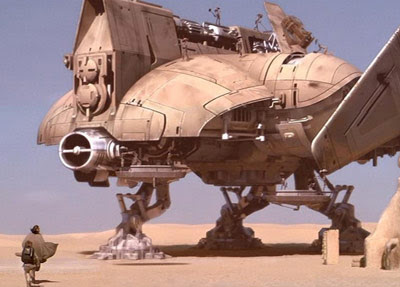 I was in. I had touched that monument and left my mark. I was totally fulfilled, knowing my contribution would stand.

Then Disney came along and acquired the Star Wars brand and their first order of business was to dump the entire Expanded Universe--decades of myth-making--in favor of their own in-house stories.

In a single boardroom decision, everything was gone, including my own humble contributions.

Well, I have long lamented this Disney buyout (though I enjoyed The Force Awakens), but then something special started to happen. I began to see some of the old Expanded Universe elements creeping back into the official--"no we mean it this time"--Disney canon. Thrawn shows up in the animated series Rebels, and the visual guide to Rogue One was a veritable smorgasbord of references to the old West End Games roleplaying modules. Maybe my Expanded Universe wasn't entirely gone after all. Oh, yes, now it's been re-branded as "Legends"--but the new material has shown time and again that some legends are "real".

Slowly, I began to hope that maybe my own mark on Star Wars might exist in some form. Maybe not as a I originally envisioned them, but maybe they would live on after all. Earlier this year, with the release of Star Wars The Visual Encyclopedia, I learned that Silya Shessaun is still "alive" in this new canon. True, nothing else has been revealed of her origins, and I don't know how much of what we built in What's the Story is "factual" any more, but she's still in there.

The biggest surprise, however, came just a couple weeks ago with the release of the (delightful) children's book, BB-8 On the Run, by Drew Daywalt and Matt Myers. Set in between the early events of The Force Awakens, it chronicles the adventures of BB-8 immediately after he's separated from Poe Dameron and leads up to his rescue by Rey. Over the course of his travels, he helps a stranded droid return to his ship--a scavenger ship piloted by droids, it would seem--and lo, when you turn the page...

It's the Dusty Duck.

She's alive. The old bird's alive. Now: a disclaimer! The ship is not actually named in this book. It is entirely possible that, though I wrote that the Dusty Duck was a one-of-a-kind custom-job, someone could come along and say this was just another ship "like" the Duck. Or maybe it's not "the Duck" at all. Maybe they took the same ship from the deleted scene of Phantom Menace that the Duck was originally intended to be and have given it an entirely new backstory. Which would be, frankly, heartbreaking--a second time.

But maybe--just maybe--it's still her. Maybe it's still the Duck. After all, the story still tracks. In my original entry, the ship's pilot, Aneesa Dym, purchased a handful of droids to repair the ship right before her shocking murder at the hands of Darth Maul. And the story I wrote does say that the droids repaired the bird to perfection. Could it be that, after years of being stranded on Tatooine, the droids finally took the Duck to flight and started their own crew, salvaging parts to keep the ship running and collecting other master-less droids?

I think so. But, that's out of my hands now. But it's a start. And it's enough to hang a hope on.

At any rate, thank you to Drew, Matt, and the Lucasfilm Story Group for dusting off the ole girl and giving her another day in the sun. It's pretty neat to see her in action again (and, hey, she actually flew in this story!) and I can't wait to see what new adventures she'll go on :) Best of all, the day we bought the book, my wife read it to our seven-year-old daughter for her bedtime story, and she could know that our family had a small part in that ship's legacy. That's what it's all about, folks.
Posted by Greg Mitchell at 8:10 PM No comments: