I look back over my life as a writer sometimes and am often struck by how eclectic my journey has been. From "Christian Horror" novels to Syfy sharksploitation movies to a non-fiction guide to the convoluted chronology of Back to the Future--it's really all over the map! Well, last month, I added a new destination on this wild ride--Star Trek fan films. 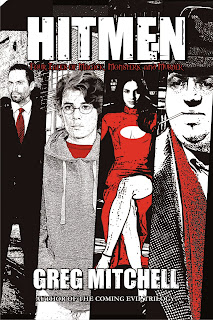 As has been discussed before on this very blog, I've been making "home movies" since 1998 with friends and family. But, unlike filming your kids at their soccer games kind of "home movies", mine involve an ever-evolving mythology with complicated characters battling all manner of monsters and devils. They've really become an extension of my professional writing, often serving as a test bed of ideas that will eventually find their way into a novel. In fact, I took the four original home movies that created the foundation for that complex mythology and adapted and expanded them into my novel HITMEN: Four Tales of Magick, Monsters, and Murder. Not only that, but I've taken four more movies and am currently writing another adaptation--a sequel to the HITMEN collection! But more on that in a later post.

The rule of these home movies, however, has always been in place: they are just for us. I'll never post them to YouTube. I show them to new friends and am willing to show them to just about anyone who drops by the house and is ready to sit through 30+ movies, haha, but they're not intended for public consumption (or critique). It's a simple matter of creative expression and having fun with my friends.

In 2014, one such friend was Grace Bridges. Grace, and her outfit Splashdown Books, was the publisher of my first Rift Jump novel. Hailing from New Zealand, Grace frequently makes "tours" of America, visiting her authors. I was the next stop on her list and, while at the house, I was showing her a selection of my home movies. She instantly fell in love with them and, before she left (two days later), she expressed the desire to do a home movie with me! I rarely say "no" when I meet someone who shares my passion in this sort of thing, so I said "Let's do it!".

Though I'd seen all the Trek movies a few times and I'd caught a number of episodes of the various series over the years, I was not a Star Trek expert by any stretch of the imagination. Nonetheless, I agreed and, with Grace leading the writing and serving as my resident Star Trek guru, we quickly (two days, remember?) crafted Star Trek: Splashdown. It was a crazy rush, but we did it, Grace had a movie she was proud of, and she continued on her travels, showing our little movie to the friends she encountered along the way. And that was that. It was over.

Fast forward to June of 2019. I've done MANY more home movies, but I've got this itch to do another. Most of my movies involve a core group of characters. I just ping pong back and forth between a few different storylines every couple years, and see "what happens next". But I felt as though I'd tapped out all the potential for the foreseeable future. All my various storylines were just stalled out and I couldn't think of any fresh take. So I turned my sights on movies in my saga that I rarely looked at. And I remembered Splashdown. I played "Commander Mitchell" in that movie, and I thought "I wonder whatever happened to that guy?" At the same time, I had, by accident (and a slow day at work) discovered the brilliant fan film series Star Trek Continues. 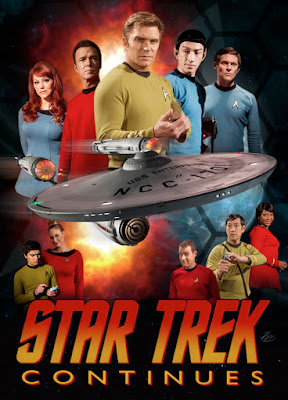 I fell in absolute love with that series and it opened up to me not only the world of fan films, but the world of Star Trek. I started watching Star Trek with a new appreciation for the first time. And the fan films--I was stunned to see that, all these years, people like me had been making their own "home movies" with complex mythologies and returning characters. They were even crossing over with each other's creations, making an elaborate expanded universe of storylines! I was excited, and it slowly dawned on me, then, "Hey... I made a Star Trek fan film too!"

That was when I wanted "Commander Mitchell" to return. Only, I had no Star Trek costumes, no props, no fancy CGI, no sets, no ideas, nothing. Just me and a camera and a desire to do something. How could I ever compete with something like Star Trek Continues? That's where Vance Major came into my life.

I ran across his name numerous times while researching fan films. This guy is a legend. His character of Erick Minard has existed across multiple eras of Trek and he's crossed over in so many other series. And characters from over a dozen fan film series have crossed over with his series! It's insane. Vance, however, is a man after my own heart. He has no real "crew", he shoots all his movies on his cell phone, and he just recruits friends, family (and any co-workers who stand still long enough) into his 70 some-odd short films. He has this intricate mythology with a core group of characters, all centered around his ship, the USS Constar--a ship that, by fate or bad luck, ends up at every major battle in the Star Trek canon, even though no one seems to notice or acknowledge their contributions. They are heartwarming films, honest films. Vance bears his heart and soul in these movies, speaking to things that are personal and meaningful to him. Seeing his movies--that they were more in line with the kinds of home movies I had been making all these years--was inspiring. "I can do that!" 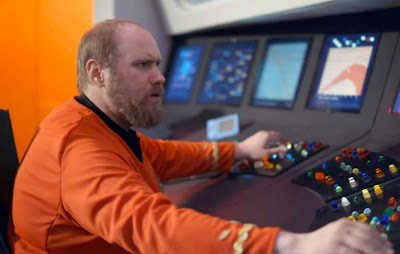 I contacted Vance and plainly said, "I've got this character I would love to bring into one of your movies, but I have no costume, no sets, no props." Vance's reply was an instant "No problem! We'll figure it out!" And that's just what we did. Not only did I appear in that movie, I edited it too. Then we did another. And another. And another. Since June, I have now starred, written, directed, edited (and, yes, also bought a cheap Starfleet-esque uniform) in six or seven of his Constar Chronicles. Last December, he dropped all those movies onto YouTube ready to be binged.

Among them? The original Splashdown movie Grace and I made back in 2014, now including a brand-new bonus scene featuring Captain Erick Minard :) It's all come full circle, haha, and I've broken my Number One rule for the first and only time, putting one of my home movies on YouTube for public consumption and critique. But it was Vance who gave me the courage to do so, leading by example. You can now watch that movie right here.

We're not done yet, though! Vance and I have more ideas for future collaborations, expanding these characters and their relationships. Best of all--this October? I'm slated to step foot on a real Enterprise replica set to film a movie for the first time. Wow...

I am grateful for all the opportunities that Vance has given me, and for his friendship. I've found a kindred spirit in him as we have the same heart when it comes to telling stories in our respective mythologies. It's been another unexpected stop on my writer's journey--a detour, some might say--but, much like Star Trek, you never know what adventures await you down winding back roads in life. I'm happy to have taken the time explore this new avenue, boldly going...

(If you're interested in skipping straight ahead to my contributions, check out: Splashdown, Smoke and Mirrors, All Roads Lead to Home [which I wrote and directed], Wonderwall Part 2, The Scribbler) 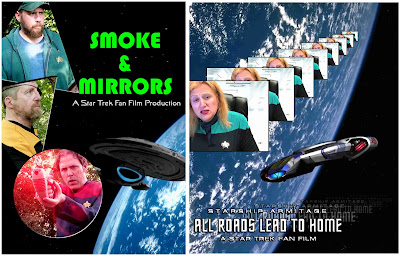