"The Coming Evil"--The Story So Far

My publisher has informed me that all the last minute formatting is done on Dark Hour--the final installment in The Coming Evil Trilogy--and will be off to the printer shortly. That means you may be able to purchase the book in little over a week! This saga that has consumed my entire adult life is coming to an end. That fills me with a mix of emotions, but I might share those later.

Right now, in order to prepare you for this epic final confrontation against the Strange Man and his demonic hordes, here's a little refresher course on the series thus far. The following can be found as a preface in my recent enovella release Lengthening Shadows, which takes place after Enemies of the Cross, but before Dark Hour.

It goes without saying (and yet here I am saying it) that the below is filled with spoilers, and only skims the surface of events from the previous two books. Both The Strange Man and Enemies of the Cross are available online and in stores, so go out and buy your copy today to experience the excitement firsthand!

Now, on with the guide: 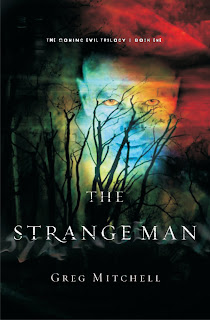 For over a hundred years, the small town of Greensboro has told stories of a Bogeyman lurking in the spooky North Woods. As an unusual storm blows through modern day Greensboro, slacker Dras Weldon discovers that the legends are terrifyingly real. A demonic “strange man” has returned to visit his wrath on the town that expunged him so long ago. However, the monster’s plans are temporarily put on hold when he spots Dras’ best friend, Rosalyn Myers. The Strange Man becomes fixated on the young woman, preying on her bitterness, desiring to have her for himself. Desperate to save his friend, Dras matures overnight, setting aside his selfish attitudes in order to combat the Strange Man. He first seeks the help of his older brother, Jeff, a pastor at the Good Church of the Faithful, but after a lifetime of being disappointed by Dras’ irresponsible living, Jeff refuses to believe his brother’s story. Alone, and armed only with a faith he once discarded, Dras faces down the Strange Man in the dance hall known as The Rave Scene. However, the Strange Man has orchestrated events to frame Dras for the murders the demon has committed while in town. Deputies led by Ryan Stevenson storm The Rave Scene and arrest Dras, beating him nearly to death. Dras is only spared by the intervention of Sheriff Hank Berkley. 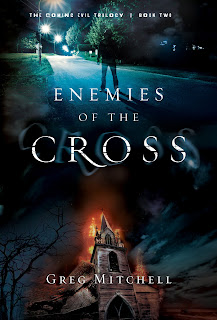 Branded “The Greensboro Ripper”, Dras is sentenced to imprisonment in Wexler State Penitentiary. With Dras removed, the Strange Man steps up his pursuit of Rosalyn in earnest, repeatedly visiting her and tormenting her—but also wooing her to his side. Alone and vulnerable, Rosalyn begins to confuse right and wrong and suspects that, though she loathes the Strange Man for what he’s done to Dras, the demon might also be her only salvation from a town and people who have outcast her. Dras’ brother, Jeff, struggles with guilt and regret for not coming to his brother’s aid, even as he discovers a conspiracy amongst the Greensboro leaders to conceal the Strange Man’s actions. As Jeff learns, the conspirators—calling themselves “The Committee”—have been secretly aiding the monster in order to return prosperity to their dying town. Only now, Leonard Fergus, one of the conspirators, is having misgivings about their deal with the devil and reveals the terrible truth to Jeff. As Jeff gets closer to tearing down the conspiracy, the Committee responds in kind, using the young pastor’s newfound obsession as ammunition to have him dismissed from the pulpit. Jeff’s marriage to Isabella is on rocky ground as Jeff pushes everyone away, desperate to get revenge against the Strange Man and the men who collaborated with the creature. Jeff’s only friend is Danny Carpenter, a young drug pusher who, in the midst of his own rehabilitation, comes to trust the ex-preacher.

Together the duo unravel the mystery at the heart of their town and learn the truth: The Strange Man is orchestrating events to bring about something he calls the “Dark Hour” that will see the return of his Master to the Earth and the presumable annihilation of mankind. But the deeper Jeff descends into the Strange Man’s dark secrets, the more he loses himself, nearly succumbing to a supernaturally-charged viscous black goo that has the ability to bond to men and turn them into shambling monsters. Jeff’s only way to save himself is to renounce his cause and to do the nigh impossible—trust God to have a plan.

Conquering his inner demons, Jeff encourages Danny to back away from the fight, as Jeff reunites with his wife. Sheriff Hank Berkley and teenager Annie Myers, Rosalyn’s sister, have come to learn the truth, as well, and join the three in biding their time, waiting for the Strange Man’s next move, ready to act whenever God calls them to action. It’s a painful decision as the town is moving closer and closer to the Dark Hour. The knife is twisted even deeper into the backs of the faithful when Rosalyn finally gives in to the Strange Man’s will, consuming the black goo, lost to darkness…

Posted by Greg Mitchell at 6:44 AM